British Motors has unveiled the fifth generation of a legendary luxury car that has been raising quality standards in the automotive industry since 1970.

Belgrade, February 8, 2022 – The new model of the Range Rover, a legendary luxury car of the highest capabilities, was spectacularly presented last night at the National Theater in Belgrade.

Intriguing as it has been for more than half a century, the new Range Rover has once again enchanted all present guests and set new standards of quality, luxury and comfort.

In an atmosphere worthy of the most prestigious world events, such as the global premiere of this model at the Royal Opera in London, the protagonist of this story – the fifth generation Range Rover – showed his face and announced his arrival on Serbian roads.

With an artistic performance that encompassed the development of this model over the decades from the 1970s to the present day, and with audio and visual effects, we presented this model. It is no coincidence that the “king of the range” of Land Rover was marked in the world media as “a masterpiece of design, superbly combined with a traditional and recognizable form”. This is the fifth generation of the Range Rover, which in an elegant way reconciled all the traditional values of the brand and introduced the most modern technical improvements.

Highlighting the rich heritage of the Range Rover brand, in a special ambience under the domes of the National Theater, British Motors has once again confirmed the iconic status of this car and hosted numerous distinguished guests from public life and the world of business.

Every guest was convinced that: the level of luxury characterized by modern design, incredible sophistication and sophisticated materials, and the great possibility of personalization according to customer wishes redefined the concept of premium in the automotive industry. 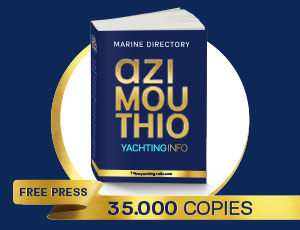