In 1966, Harry Ölander built a 250 square meter production hall on the Finish island Nauvo. After a sucessfull entrepreneurial career in a wood transportation company, taxi service and a bus company, he made a decision to start the production of motor boats. The company’s name was Na-Boats.

The first model named Örnjolle was designed and partially produced by a Swede named Sigurd Isacson. Ölander and Isacson became business partners which led to the birth of Flipper brand. Sigurds philosophy was: “You can accomplish anything you want!”. He was a trained aviation engineer, with an interesting hobby of building model airplanes. He also participated in car races as well as sailboat regattas, and founded his own motor boat production company among other things. During one of the races, he had an accident with his Weedo GT motor boat and almost sunk, which sparked his idea that boats need to be unsinkable, consequently adding special chambers in the hull.

The first Flippers, named by Flipper the dolphin as per Isacsons suggestion, were catamarans and trimarans. The first model was Lill Flipper, a rowing boat 3,6 meters long, with a catamaran hull for added stability. That same hull named Penguin 38 has been produced to this day. The first motor boat Weedo Flipper with a 4,45- meter long trimaran hull followed in 1968. Among other things they used Isacson’s unsinkability idea, and the boat, even though filled with water, wouldn’t sink. Their first great success was the trimaran Flipper 450 HT, with only 800 produced, and it was known as a very reliable, family boat with lots of space. It could hold 20 to 55 horsepower engines on the stern, and drew attention mostly due to it’s bold design.

After a few years of sucess, in 1973 Bjarne Ölander took on the role of production manager. The company had 15 employees, produced around 200 vessels a year and was constantly building new production plants as the company developed and grew.

In 1974 two major changes occurred – they began building classical motor boats with single hull, and Sigurd Isacson perfected the shape of the hull with a layer on the underwater part of the stern, which led to them overtaking the competition. Boat with a layered hull was faster and used less fuel seeing as the layer caused less friction. It won over boat enthusiasts and became the trademark of Flipper. Also the factory was expanding their fleet with a new model almost every year. The smallest was the Flipper 470 in GT and S version, and on the other end was the Flipper 850 with two cabins. Swedish designer Håkan Södergren also participated in the design the model. The boats were well known for their exceptional workmanship and reliability.

The first boat with an inboard engine and the star of the ’80s, with more than 1000 sold, was the Flipper 640 HT. Håkan Södergren, who was the designer of the sailing boat, also designed the 9,45 meter long motor sailboat Flipper Futura, and in 1984 they introduced one of the most famous Flippers of all time – a model called Flying Flipper. A 5,5 meter long catamaran of the same name ruled the races 15 years earlier and now they gave the same name to a 10 meter long boat. Tennis legend Björn Borg was the owner of the same model. Until 1986 the company expanded to 4 factories, 160 employees, more than 20 models in production and up until that moment they had built 16000 boats altogether. They were the leading boat manufacturer in Scandinavia and were exporting to multiple European countries as well as the United Stated.

BITTER YEARS AND A STRING OF BAD CHOICES

On December 12, 1986, Harry Ölander sold majority of the Flipper shares to Rapala Group. Things went down hill from there and even Bjarne Ölander left the company a year later. Flipper was in a code red situation, with a drastic decline in export threatening to put a lot of people out of their jobs. In 1990 a new co-owner arrived, Siltala Yachts Oy, the manufacurer of Nauticat motor sailboats, but not even that made a difference. They introduced a few new models, but the business still wasn’t recovering because only a dozen vessels were made for some of the models.

Raimo Sonninen was the ideal person to take over and save Flipper. In his youth he also used to build model airplanes, racing cars and boats, and started his boat manufacturing career in his father’s garage. He started professionally building boats in 1974, creating Bella, one of the top players in the Scandinavian nautical market. For Bella and Flipper the ’90s were a success, business was booming, and the production was mostly taking place in the cities of Kuopio and Luoto. Certainly, there were some minor mistakes as well. The attempted breakthrough to the “flybridge” market with the Flipper 38 model, didn’t quite go according to plans, and Raimo was able to conquer the market only after the purchase of company ”Aquador”. In 2000, Sigurd Isacson also left Flipper, and due to his health issues Raimo Sonninen started seeking a strategic partner in order to secure stability of the company. He made a deal with an American company Brunswick, but with the 2008 world financial crisis new problems arose for Flipper. Sales came to a stop, and after a careful analysis of the market, the competition and the situation in his own company Raimo realized two things: Flipper had become dull and was in urgent need of new ideas. He needed a new designer!

The Flipper fleet was completely redesigned by a Norwegian designer Espen Thorup. The main goals were to bring Flipper back to the “premium” brands and create recognizability, which would, with it’s design, materials and workmanship cover all of the models. He spoke to buyers and boat owners, kept track of their changing habits and adapted the boats to the needs of the modern mariner. Due to the improved shape of the hull and more powerful engines there was no longer the need for the famous layer in the hull. The new models that revived Flipper were from 3 lines: Day Cruiser (600 DC, 640 DC, 670 DC i 760 DC), Sport Top with the solid roof (600 ST, 640 ST, 670 ST i 880 ST) and Sport Console (600 SC i 640 SC). With the complete workover, Sonninen and Thorup continued the legacy of bold visionaries that led Flipper. The boats kept their quality, became prestigious again and thanks to Raimo were equipped with the most powerful engines that the sterns could withstand. They continued sailing the world’s seas, and export was still one of the biggest advantages of the company.

2018: FLIPPERS RUDDER TAKEN OVER BY NIMBUS

During it’s existence Flipper produced more than 40000 vessels, and in 2018 the company got a new owner again. After almost 50 years as head of BellaVeneet Oy, that included brand such as Bella, Flipper, Aquador and Falcon, Raimo Sonninen decided to sell of his shares to the Swedish boat manufacturer Nimbus Boats. Today Flipper, that now goes by ”Designed by Espen Thorup, made in Finland”, still contains models from three very popular lines: Day Cruiser (650 DC, 700 DC i 800 DC), Sport Top (600 ST, 650 ST in 900 ST) and Sport Console (600 SC). world’s history, philosophy and the work that Raimo Sonninen and Espen Thorup have done in the past years are a good guideline for progress in the years to come. Flippers are considered reliable, high quality boats of alluring appearance, Harry Ölander and Sigurd Isacson made sure of the exquisite boat charisma that Flippers now have. 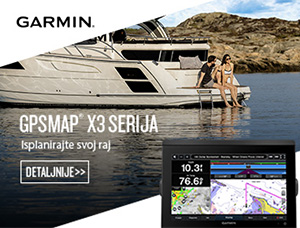 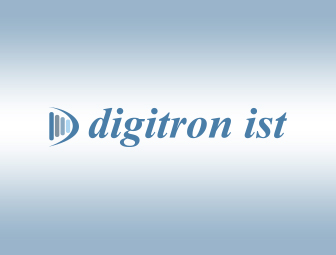