The car that established the luxury SUV sector has been enhanced to create the ultimate in power, luxury and usability

The extraordinary new Bentayga builds further on the outstanding success of its predecessor.

”With the new Bentayga, we’re repositioning the pinnacle of the luxury SUV segment to be even higher, even further away from the competition. We’ve listened to our customers and made improvements to the areas most important to them and the new Bentayga is a thorough1y modern and beautiful extension of the original car’s abilities and achievements”

At the rear, the new Bentayga has undergone a major transformation, with a total redesign of the rear surfaces including a new full-width tailgate with new encapsulated lamps, while the licence plate has been moved down into the bumper for a cleaner appearance. Wide, split tailpipes leave no doubt that this is a powerful performance car.

Among the major changes are a new centre fascia and steering wheel, new door trims and all-new seats – now available with ventilation in the rear of the five – seat cabin option. A next generation infotainment system is integrated seamlessly into the handcrafted, Bentley ’wing’ dashboard design and features a 10.9-inch display screen with edge-to-edge graphics.
At launch, the Bentayga was the fastest, most powerful and most exclusive SUV in the world. The resule of a £840 million investment programme, it created 1,500 jobs in the United Kingdom and ensured Bentley was the first luxury brand to offer an SUV.

Larger and more upright than before, it allows the Bentayga’s elegant bonnet to sweep down to the very edge of the chrome work. This gives the car a more dominant, upright profile and pushes the new LED matrix headlamps further apart, raising them 30 mm higher. New elliptical headlamps are seen for the first time on a Bentley. They include the marque’s now-signature cut crystal design, which makes them appear to sparkle even when not lit. The lights feature within an all-new, full-width tailgate, resulting in a cleaner, more contemporary look.

Two new colours are also added to the already extensive Bentayga palette -Viridian, a dark shade of metallic green based on the colour of the EXP 10 Speed 6 concept car, and Patina-a luxury-focused mid-tone off-white.

All the seats now have a more sculpted shape, especially around the shoulder area. New foam and cover designs are standard, while Contrast Stitching and Hand Cross Stitching deliver extra design detail. Seat micro piping is also available for the first time on Bentayga. The five-seat configuration now also has the option of rear-seat ventilation, previously available only on the four-seat cabin. The four-seat Bentayga benefits from a 30 mm increase in knee room in the upright seated position, with an improvement of almost 100 mm in the reclined position, helping to make luxury travel even more comfortable. 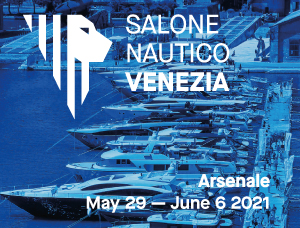